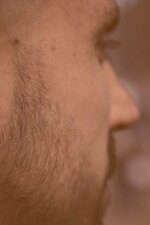 The rise of the extreme vegan activists has begun, as Aussie activists are kicking up a storm across the nation. One dairy farmer has been accused of being a rapist and murderer.