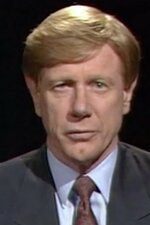 A look at the discussion during the 1990s relating to sexual assault, particularly on college campuses. Lateline refused to shy away from the issues, as a third wave started to rise.