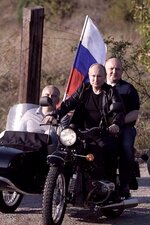 Self-described defenders of Russia are determined to shut down anti-Putin sentiment in Australia, establishing pro-Moscow chapters as part of a propaganda war to remind the world that Russia is a force to the reckoned with.