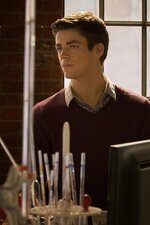 Orphaned by tragedy and raised by his best friend's father, brilliant CSI Barry Allen gains powers when lightning strikes him during a freak storm. When another meta-human attacks the city, Barry puts his powers to the test.