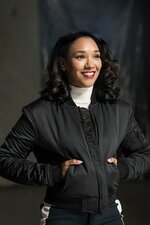 Barry encounters a powerful women whose abilities may be useful in his fight against DeVoe. Once he learns that DeVoe is going after everyone on the bus, Ralph decides that he would rather not be a hero any longer.