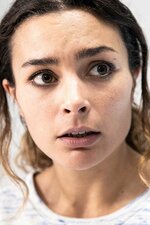 Isabella visits John in the hospital, where he is with Sophie and Marte, and tells him that Kenneth has been murdered. Marte gives John an alibi for the murder, and John receives an anonymous video of someone placing a bomb.