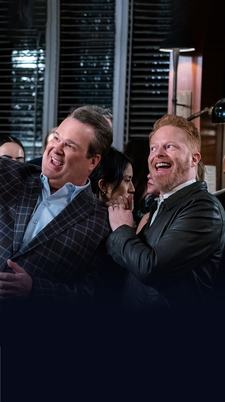 Claire marks Jay and Gloria's 10th anniversary by throwing them a party. Phil plans a magic trick where Gloria will appear out of nowhere in her wedding dress.