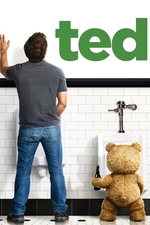 John (Mark Wahlberg) must deal with his teddy bear Ted who came to life as the result of a childhood wish - and has refused to leave his side ever since. Seth MacFarlane voices Ted, the boy's favourite toy...who is now his biggest liability.