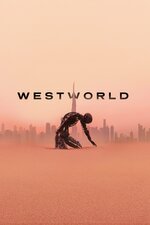 Westworld isn't your typical amusement park. Intended for wealthy holidaymakers, the futuristic park, which is looked after by robotic hosts, allows its visitors to live out their fantasies through artificial consciousness. No matter how illicit the fantasy may be, there are no consequences for the park's guests, allowing for any wish to be indulged. Westworld, which is based on the 1973 Michael Crichton movie of the same name, features an all-star cast that includes Oscar winner Anthony Hopkins and Golden Globe winner Ed Harris.