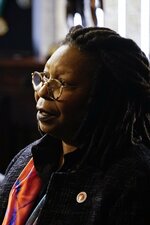 Linda asks Danny and Baez for help when a co-worker has trouble with an angry ex; Erin's former mentor, a judge, has been handing out unfair sentences since the death of his wife; Frank deals with an outspoken city council speaker (Whoopi Goldberg).