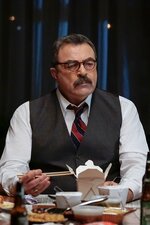 My Aim Is True

When a series of drive-by murders occurs after six wrongly convicted men are released from prison, Danny and Baez wonder if the murders were orchestrated by the men as an act of revenge; Frank combats feelings of guilt.