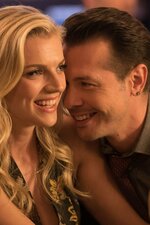 Things don't go as planned when Dawson and Antonio's parents come to town for their anniversary; Chief Boden deals with his stepson James' secret; Casey tries to save a young boy during a call to a warehouse; Otis and Kidd become competitive.