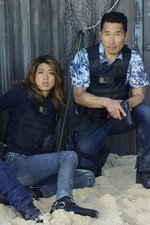 After an earthquake in Hawaii, Mac and the team join Chin and Kono from the Five-0 task force to rescue a group of government scientists trapped in a building; another group tries to steal top-secret weaponry from the scientists.