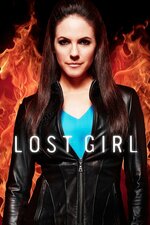 Bo is a small-town girl on the run after a disastrous sexual encounter with her boyfriend ends with his death. Bo learns that she is not human, but a succubus, who feeds on the sexual energy of humans. She and her kind are members of the Fae, creatures of legend, who walk among humans and feed off them in different ways. As she searches for the truth about her origins and runs from her inhuman urges, she vows to help those she meets along the way -- human or Fae -- who need to right a wrong.