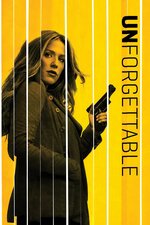 Enigmatic former detective Carrie Wells (Poppy Montgomery) has a rare condition that won't let her forget anything, which complicates things when she is brought in to consult on a case for a team led by her ex-boyfriend, Detective Al Burns (Dylan Walsh). Despite her feelings about Al, it seems right to be investigating homicides, and she decides to take up the shield again and join his unit permanently. Wells hopes that along the way, the unit will be able to help her solve her sister's unsolved murder.