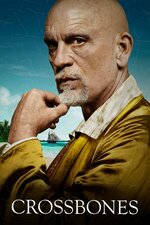 In 1715, diabolical pirate Edward Teach -- aka Blackbeard -- rules a group of outlaws and miscreant sailors on the Bahamian island of New Providence. Half shantytown and half marauder's paradise, the unique society proves to be a threat to international commerce. Tom Lowe, a skilled undercover assassin, is sent to take down Blackbeard, but the quest becomes complicated when Lowe finds himself taken with the charismatic pirate's ingenuity and political ideals. But Lowe is not the only danger Blackbeard faces: Multiple villainous rivals -- and his weakness for a passionate woman -- also threaten his reign.