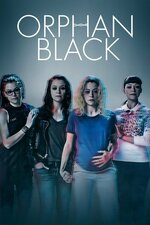 Sarah is a street-wise woman with a troubled past as an English orphan who bounced around foster homes before being taken in by Mrs. S, who uprooted her and her foster brother, Felix, to North America. She has made bad decisions in her life but always strives to do right by daughter Kira. When Sarah witnesses the suicide of Beth, a woman who looks like her, she decides to steal Beth's identity -- boyfriend and money included -- in an attempt to begin a new life for herself and Kira, with whom Sarah hopes to reunite. But assuming Beth's life -- Sarah eventually learns that Beth was her clone -- doesn't go as smoothly as she anticipates because Beth was a cop caught in the middle of a deadly conspiracy, making Sarah the new target. Sarah must fight to stay alive while trying to escape from the complex web. As more threads appear, Sarah is pulled deeper, and Felix becomes her one true confidant.