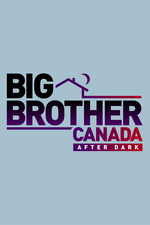 Slice's "Big Brother Canada After Dark" gives viewers the chance to catch all the action after the cameras have been turned off. With a live, unedited and uncut feed from the Big Brother house, nothing is sacred or secret, and anything goes during the program that airs seven nights a week. Fifty microphones and 64 cameras installed in the Mississauga, Ont., residence capture the dialogue and actions of the 14 cast members chosen to live there. Each episode features a direct feed, giving viewers an all-access pass to the drama.