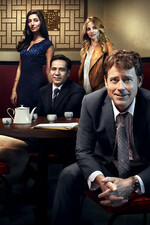 Keegan Deane is a brilliant and charming defense lawyer -- and a self-destructive addict. With zero filter, unyielding optimism and a passion for defending those beyond redemption, he lands court cases that no one else wants. Keegan gets the majority of them from best friend Ben, who is married to Los Angeles ADA Scarlet. While Scarlet is also Keegan's old friend, she is often his opponent in court. In addition to his work, he faces trials and tribulations in life. While dealing with an ex-wife and a hormonal son, Keegan juggles affairs with women, an IRS battle, and growing debt to a bookie.