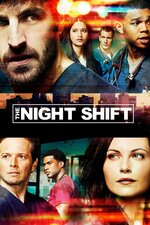 A night-shift doctor at San Antonio Memorial, T.C. Callahan struggles to find the balance between saving lives and the hard reality of running a hospital. Joining him as he faces the sometimes dangerous task of running the emergency room are his best friend -- who often shoulders the unenviable job of keeping T.C. out of trouble -- former Army medic, Drew; lead physician -- and T.C.'s ex-girlfriend -- Jordan; and surgical resident, Paul. The rigors of the job may expose some personal weaknesses, but their shared drive to save their patients bonds them together in a tight-knit group.