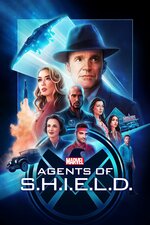 Find out where to watch Marvel's Agents of S.H.I.E.L.D. tonight at the Canadian Streaming Guide

The worldwide law-enforcement organization known as S.H.I.E.L.D. (Strategic Homeland Intervention Enforcement and Logistics Division) employs an elite team of agents who investigate strange occurrences around the globe and beyond. Its members -- each of whom brings a specialty to the group -- work to protect those who cannot protect themselves from extraordinary and inconceivable threats, including a formidable group known as Hydra. The series is set in the Marvel Cinematic Universe and acknowledges the continuity of the franchise's films and other television series.