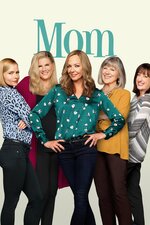 Bonnie, a recovering alcoholic, focuses on her marriage to her husband, Adam, and on what she wants to be now that she's finally grown up. Now more than ever, Bonnie depends on the support of her friends, including the wise Marjorie, the wealthy and sometimes misguided Jill, the overly emotional Wendy, and her foster sister, Tammy, who was recently released from prison. Collectively, they help each other overcome their mistakes and stay sober in the face of whatever life throws at them.