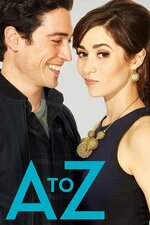 Andrew is a romantic who works for an online dating website and dreams about meeting "the one" he imagines to be like the woman in a silver dress he once spotted at a concert. Zelda is a no-nonsense lawyer, who rebelled against her hippie mom by becoming exceedingly practical. When a computer glitch on the dating website leads to her being paired with a total mismatch, she goes to the offices to be interviewed about it, meeting Andrew in the process. Despite their differences, the two hit it off, and Andrew believes it to be fate, convinced she is the one with the silver dress in his dreams.