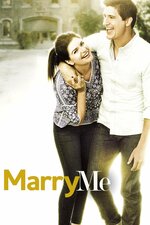 Annie and Jake have been inseparable since bonding over a mutual love of nachos six years earlier, so after a romantic island vacation together, Jake has planned the perfect proposal. Before he gets to it, Annie takes him to task for his seeming inability to commit, having expected him to pop the question while on their trip. With Jake's proposal spoiled, the two decide it's too important a moment to squander and decide to put off their engagement until they can get it right. Despite the fact that they are obviously meant to be together, it seems that the harder the try, the more things fall apart.