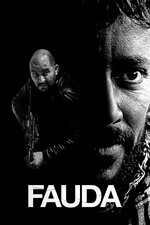 After retiring from the Israel Defense Force, Doron is working on a vineyard. He gets roped back into active duty, though, upon learning that an enemy who Doron thought his unit had killed is still alive and plans on attending his brother's wedding. Doron rejoins the IDF team with the intention of going under cover at the wedding, but the plan goes awry when the team's cover is blown. That sets into motion a chaotic chain of events and leads IDF into a manhunt to locate and kill the squad's target.