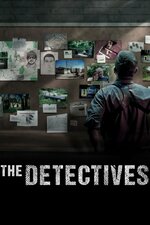 "The Detectives" brings gripping and factual work of detectives to life. Every hourlong episode features a different detective as he relives his most challenging investigation and reflects on the impact it had in relation to Canadian law enforcement and the Canadian way of life. Intimate and raw interviews are laid bare for all to see in this meticulously crafted documentary. Such investigations include a man going missing after meeting someone from an online dating site, a 3-year-old witness to a murder in his home, a bomb threat and a killer threatening to strike again, and the disappearance of a young woman, among others.