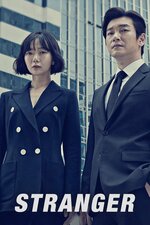 Prosecutor Hwang Si-mok who, as a child, lost the ability to feel empathy joins a police lieutenant to try to uncover the true identity of a serial killer. While looking into the case, he must fight rampant corruption within the police department that continuously undermines the investigation. Si-mok vows to find the perpetrator within two months, but rumors about his violent nature pop up and lead to questions about his ability to lead the case. He eventually sets out to meet the person who he believes is the real murderer.