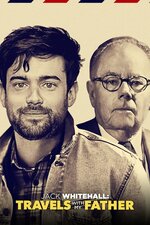 Jack Whitehall: Travels With My Father

Find out where to watch Jack Whitehall: Travels With My Father tonight at the Canadian Streaming Guide

Comic Jack Whitehall and his father, Michael, are like an odd couple -- the son is jovial and the patriarch is stuffy. So traveling together makes for an interesting dynamic, as viewers experience in this travelogue series. Jack invites Michael to go with him on a trip through Southeast Asia in an attempt to try to strengthen their bond. Along the way, the Whitehalls partake in a number of unique experiences, including attending an elephant polo match in Bangkok and taking a primitive train ride in Cambodia. When it's over, the father and son reflect on the impact of their journey. Subsequent seasons take the father-son duo to other parts of the world.