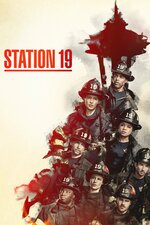 Practically raised at Seattle's Station 19, Andy Herrera is a confident firefighter who is also the daughter of Pruitt Herrera, the formidable head of the firehouse. Capt. Pruitt was Andy's primary inspiration to become a firefighter and is a mentor to both her and Jack Gibson, the lieutenant at the station. Jack is as fearless as Andy is by-the-books, but when the two are together, sparks fly and opposites attract. The two are joined by Maya Bishop, Dean Miller, Travis Montgomery, Victoria Hughes, and the station's newest addition, rookie Ben Warren. The team also works closely with Seattle PD, often running into Andy's former flame Ryan Tanner.