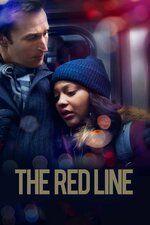 Following the lives of three vastly different Chicago families whose stories of loss and tragedy intersect in the wake of the mistaken shooting of an African-American doctor by a white cop. As the stories of the Calder, Young and Evans families crisscross and converge, a message of hope appears -- it's possible to emerge from tragedy stronger, and it's important to come together with others, not just to survive, but to thrive. Academy Award, Golden Globe and Emmy Award nominee Ava DuVernay serves as executive producer.