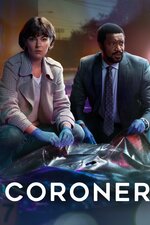 Based on the best-selling series of books by M.R. Hall, "Coroner" follows a recently widowed coroner who investigates unnatural, suspicious or sudden deaths in Toronto. She visits different areas of the city and experiences the diversity of Toronto. She taps into her heart and intellect as she solves cases with the help of homicide detective Donovan McAvoy, pathologist Dr. Dwayne Allen and his assistant River Baitz, and Alison Trent, Jenny's assistant. All while doing her day job, Jenny deals with clinical anxiety, a teenage son named Ross, and working toward a prospective relationship.