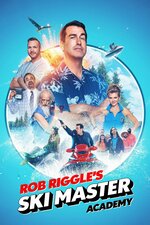 In this comedy series, comic actor Rob Riggle stars as washed-up action star Rob Riggle, who is looking to change the world through "personal watercraft education." He has invested all of his money and reputation into an academy that celebrates what he feels is America's truest art form. Riggle, legendary stunt man commandant Dirk Hamsteak and the rest of the instructors spend the semester defending their beloved academy at all costs -- no matter how many people criticize it, go missing or die. The series features a lineup of guest stars that includes Paul Scheer, Cheech Marin, David Arquette and Dermot Mulroney.