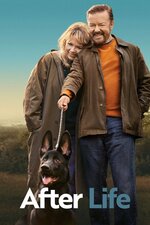 Tony had a perfect life -- until his wife Lisa died. After that tragic event, the formerly nice guy changed. After contemplating taking his life, Tony decides he would rather live long enough to punish the world by saying and doing whatever he likes. He thinks of it as a superpower -- not caring about himself or anybody else -- but it ends up being trickier than he envisioned when his friends and family try to save the nice guy that they used to know. Golden Globe winner Ricky Gervais stars in the comedy series, which he also writes and directs.