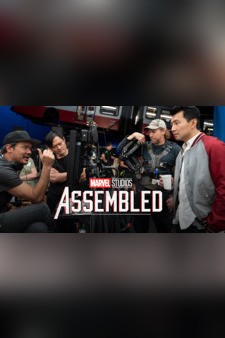 Where can I watch Marvel Studios ASSEMBLED in Canada?

ASSEMBLED is a comprehensive series of documentary-style specials streaming on Disney+ that chronicles the creation of Marvel Studios’ thrilling new shows and theatrical releases. Journey behind-the-scenes of productions such as WandaVision, The Falcon and The Winter Soldier, and Loki via exclusive on-set footage. Join filmmakers and stars like Scarlett Johansson and Jeremy Renner as they detail the genesis of the Black Widow film, and the Hawkeye series. ASSEMBLED is an immersive, and in-depth examination of the next phase of the Marvel Cinematic Universe.