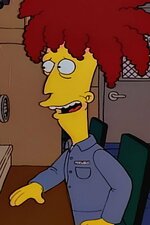 Brother From Another Series

Sideshow Bob is once again released from prison, into the care of his respectable brother Cecil; Bob takes a job on Cecil's dam project, but Bart and Lisa suspect he's up to no good.