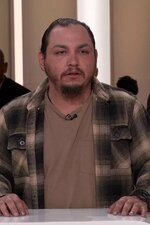 Kelsey says Justin cheats, doesn't pay bills and is always angry; he argues that she's a liar and she doesn't help around the house; one of their neighbors called Kelsey and admitted that she had been sleeping with Justin for several months.