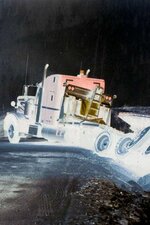 Lisa Kelly faces the hurdles of being female and young, but she wants to prove her worth by making a run in record time; Jack Jesse deals with the perils of hauling a load of 130-foot pipe; rookie Tim Freeman struggles with mechanical problems.