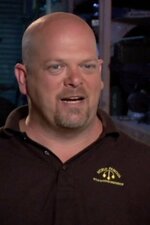 The guys have the opportunity to buy a hockey stick signed by the legendary 1980 Men's Olympic hockey team; a man brings in an original 1970 vinyl record of Bob Dylan's self-portrait; Rick gives Chumlee a special assignment that requires him to run around Vegas searching for a needle in a haystack.