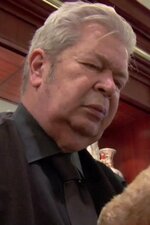 The Pawn Stars are presented with a truckload of personal tapes from Sammy Davis Jr; Rick meets a man with a mysterious miniature cannon believed to be from the 18th century; Corey and Chumlee have a chance to buy a pair of pristine 1950's Schwinn Phantom Bicycles.