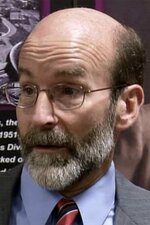 The Decoded team tries to uncover if The Culper Spy Ring played an important role in defeating the British in the Revolutionary War.