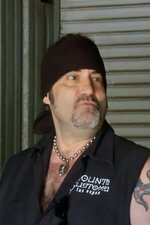 Kevin's brother, Steve, wants a 1980 Kawasaki KZ100 motorcycle tricked out like the ones on the TV series, "CHiPs;" Steve and Danny try to keep the project a secret; Ryan and Mike pull over a 1961 Ford Falcon; Danny sets his sights on a Grand Prix.