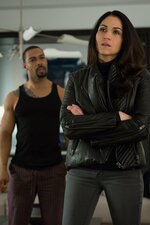 Angela reels after her breakup and faces difficult questions at work; Ghost scrambles to keep the club deal alive as he and Tommy are forced to re-enter the game; Dre learns the meaning of the La Arana card.