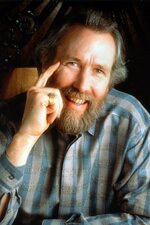 In Their Own Words

Jim Henson's early television work with the Muppets began in the 1950s and continued with "Sesame Street" and "The Muppet Show."