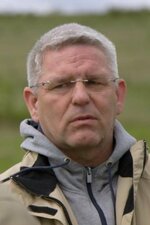 Digging deeper into reports about the Fourth Reich, Bob and John send the team members to a rumored weapons testing site in Germany and to a mysterious deserted island in Argentina that may have housed nuclear facilities with Nazi ties after the war.