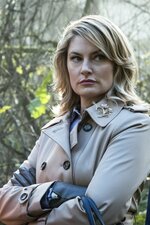 Chapter Seven: In a Lonely Place

New rumors circulate as to who was really behind Jason's murder after a major piece of evidence is mysteriously destroyed; Jughead's father returns to the fray; Veronica takes matters into her own hands after her fight with Hermione.