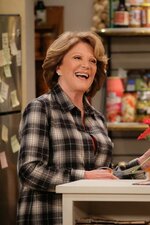 After Harry scales back to a four-day work week, Josh suggests he take acting class on Fridays to avoid spending the day together; Josh is frustrated by Harry's refusal to break character at home; Judy is called back to her doctor for another test.