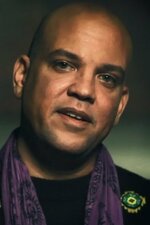 The team probes the theory that an East Coast vs. West Coast rap rivalry led to Tupac Shakur's murder, and that rap artists Biggie and P. Diddy may have been involved.