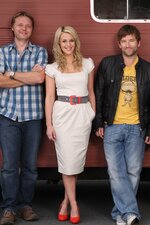 Harry is delighted when Gina invites him out dancing; Dickie tries to be alone and lonely in his trailer but then ventures out and meets a girl while shopping; Babs visits Dickie, only to be confronted by something she would rather not have seen.