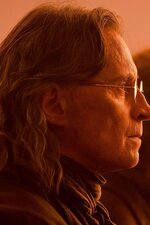 The War of the Worlds

The War of the Worlds

While George, Amy, Frederick and their fellow survivors take shelter in an abandoned orphanage, the initial attack appears to be over. But when the survivors make a very grim discovery in the orphanage it becomes clear that the second phase of the Martian conquest is only just beginning. In the aftermath of the Martian attack, Amy must plumb the depths of her memory of the attack in order to unlock the key that could help the humans fight back.