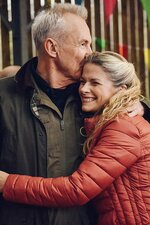 The tight-knit community of Glan Mor surprises recent widower Frank Hardcastle with a party celebrating his 71st birthday; to his shock, he sees his daughter, Carys, who has not been back since her mother's funeral.